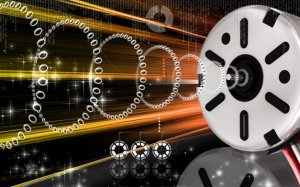 A synchro is, a transformer whose primary-to-secondary coupling may be varied by physically changing the relative orientation of the two windings. Synchros are often used for measuring the angle of a rotating machine such as an antenna platform. In its general physical construction, it is much like an electric motor. The primary winding of the transformer, fixed to the rotor, is excited by an alternating current, which by electromagnetic induction, causes currents to flow in three Y-connected secondary windings fixed at 120 degrees to each other on the stator.

The relative magnitudes of secondary currents are measured and used to determine the angle of the rotor relative to the stator, or the currents can be used to directly drive a receiver synchro that will rotate in unison with the synchro transmitter. In the latter case, the whole device may be called a selsyn.

Format
Function
Type
Interface
Brand
d60c7462aadda1d72d977c074b2f7a71oooooo
We use cookies to give you the best experience on our website. If you keep using it, you agree with the use of cookies.OkRead more